JSON (JavaScript Orientation Notation) is a light-weight, text-based, open standard for data interchange. JSON is often used for serializing and transmitting structured data over a network connection and therefore is commonly used in AJAX and Web services applications.

Though there has been an ongoing debate about XML vs. JSON, the conclusion is that each technology is appropriate in different situations. That’s why it’s important to choose development tools that support both.

Altova provides tools for both JSON and JSON across the product line, including editing and generation of JSON instances and JSON Schemas, any-to-any data mapping, and high-performance JSON validation. 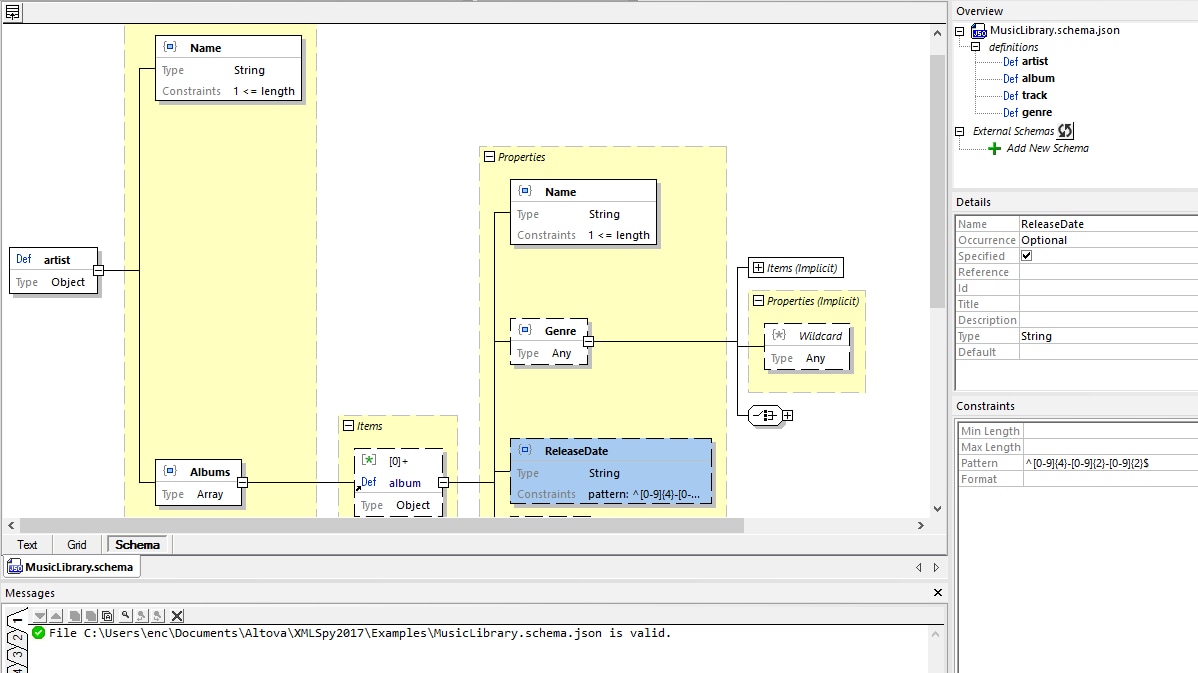 And, you don’t have to start from scratch to create a JSON Schema - XMLSpy will generate one from any existing XML Schema, greatly speeding development time. XMLSpy supports JSON Schema drafts 04, 06, and 07.

Validation against the JSON Schema spec is also provided.

JSON editing is provided in both the text JSON editor and the revolutionary JSON Grid Editor, which which offers a graphical representation of the JSON document structure that is immediately easier to understand than the corresponding JSON code in text view. Advanced editing tools include list and table views, automatic type detection, in-cell commands, XQuery filters for modifying the view, XQuery formulas for generating additional output from the JSON data, and more. You won't find these features in any other JSON tool. 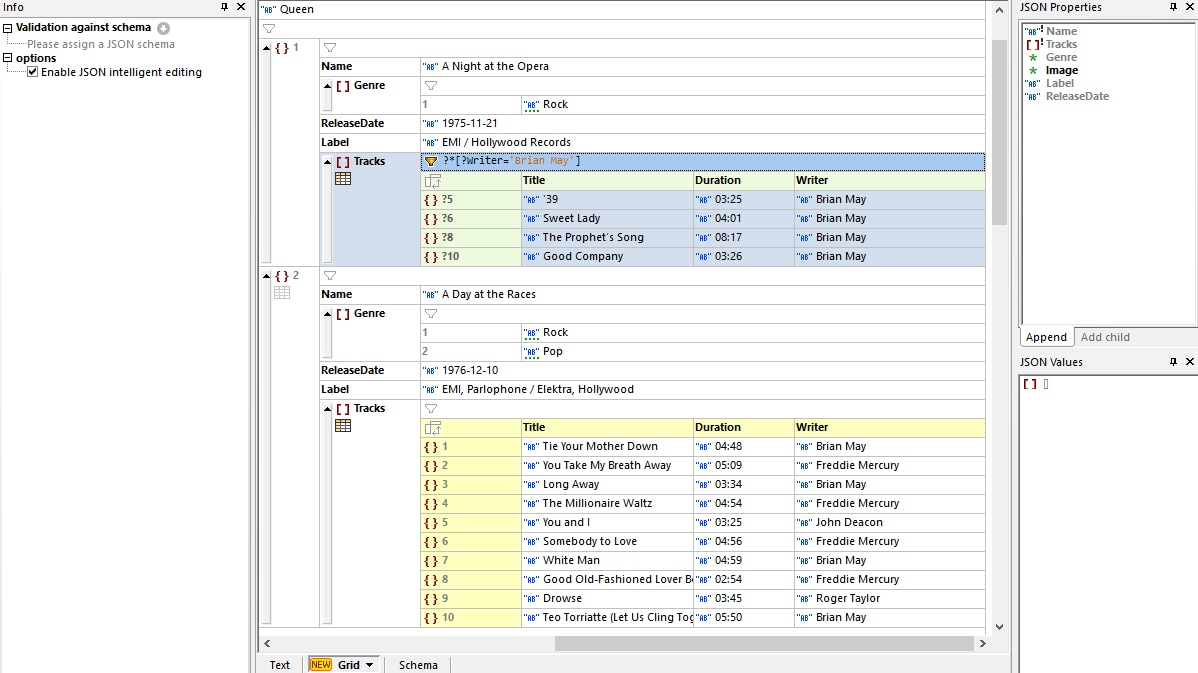 Editing, syntax checking, and validation of JSON instances is supported in XMLSpy in text view and the graphical JSON Grid view. Entry helpers provide relevant choices as you work, and you can even convert an existing XML document to a JSON document, and vice versa – all with one click. 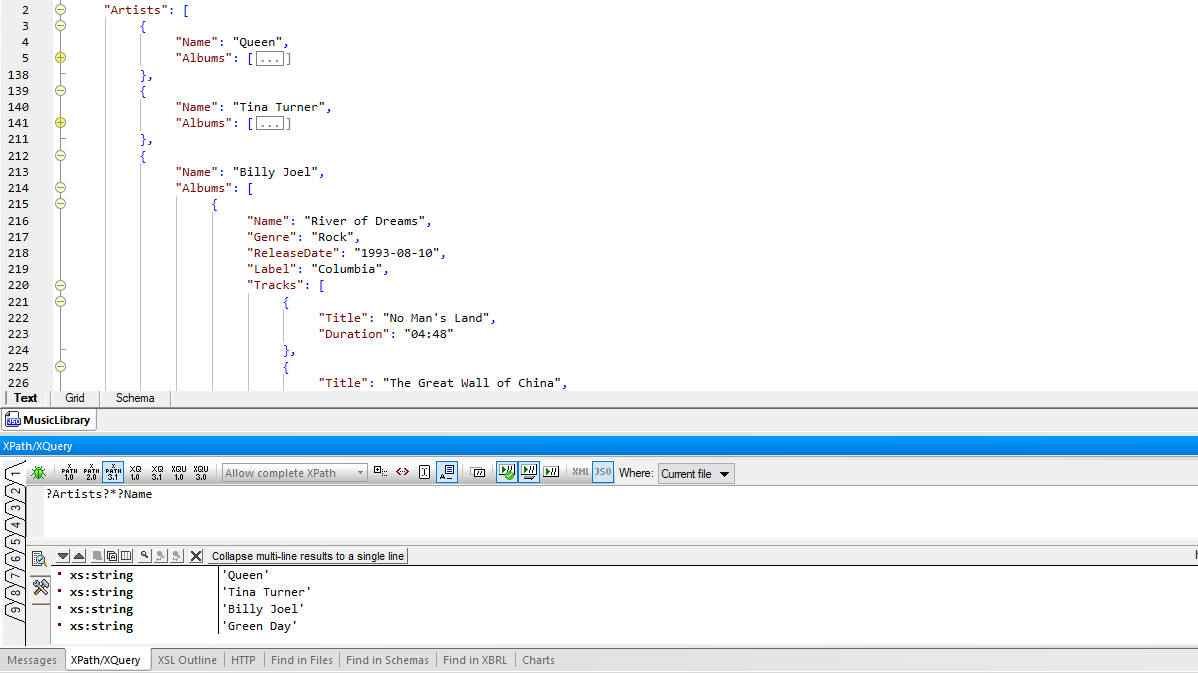 JSON tools in XMLSpy make it easy to take advantage of functionality added to XPath/XQuery 3.1 that provides an elegant, standardized way to query and transform JSON data using these familiar languages. 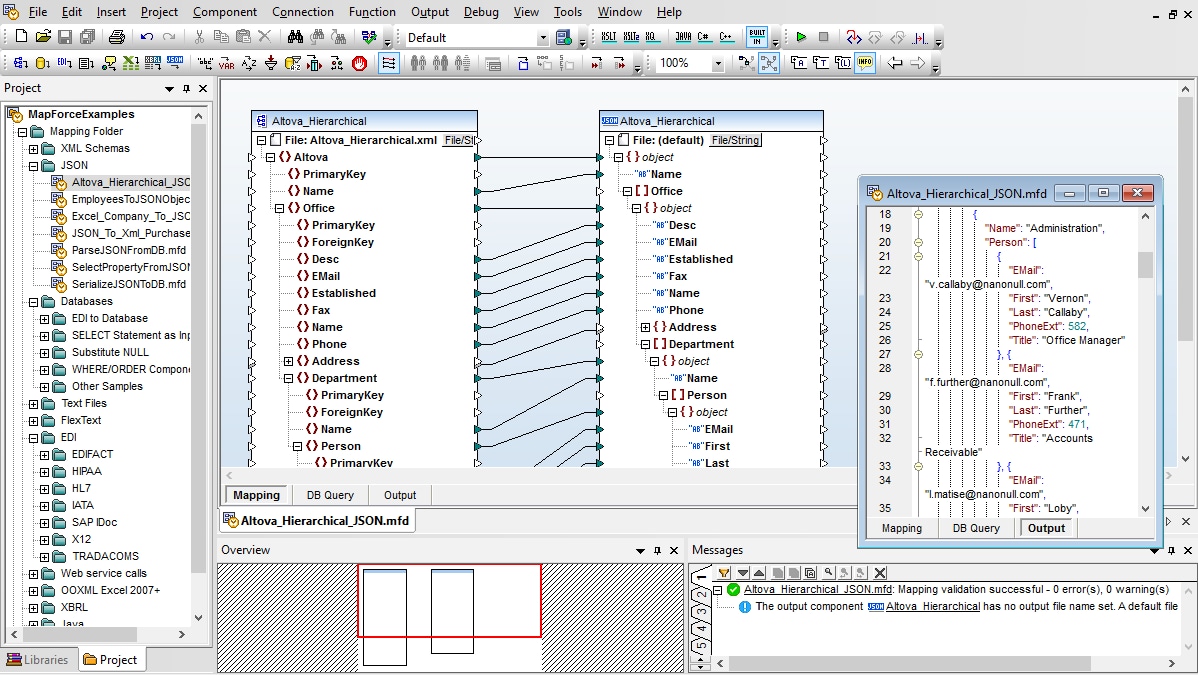 When more complex or recurrent JSON data mapping is required, MapForce is the tool for the job. An any-to-any data transformation tool, MapForce supports JSON as both an input and output data format, allowing you to map JSON to and from:

Simply load data sources and targets, and drag and drop to define data mappings, filters, and processing functions. View and save output immediately, or automate the transformation via MapForce Server. 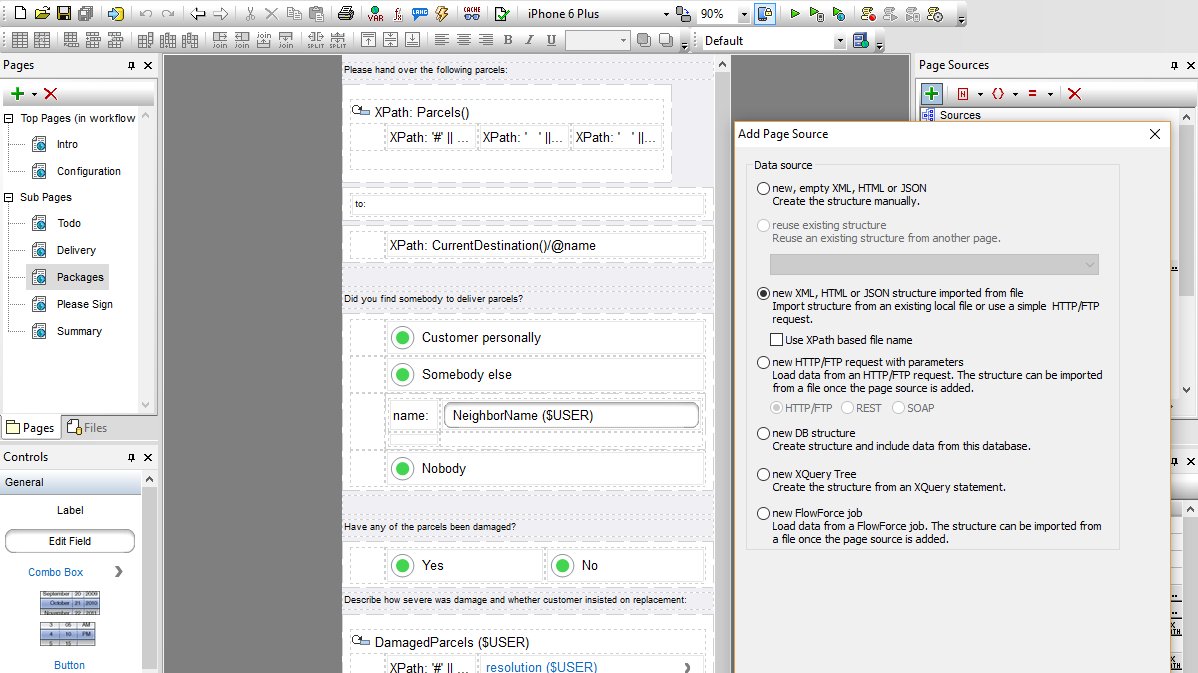 The advantages of JSON’s small footprint make it well suited as a back end data format for mobile apps, where it’s important to transfer the smallest amount of data possible to deliver optimal performance.

When building your mobile app in MobileTogether, you can utilize JSON either loaded directly from a file or consumed via a REST web service or via an HTTP or FTP request.

When you need as JSON tool to process a large volume of JSON data, RaptorXML Server offers hyper-performance validation of JSON, JSON5, and JSON Schema.

Features for developers include including error reporting, .NET and Python APIs, and more, and you can even integrate an installed RaptorXML Server with XMLSpy for server processing speeds inside the editor.