The recent update of DatabaseSpy to version 2017 Release 3 adds several new features, including the ability to automatically generate a complete DDL script for any database schema.

A complete DDL script is an important resource that allows a database administrator to recreate a complete database structure. The DDL script will create all tables and relationships, as well as all views, constraints, indexes, functions, procedures, etc. that may be defined in the database.

DDL scripts are essential for backing up complete database structures, or to move a structure to a different server when the actual table contents are not required, such as moving from a development environment into production.

Right-clicking any database schema in the Online Browser helper window opens a context menu where the Show in New SQL Editor option offers the DDL Script command, as shown in the screenshot here: 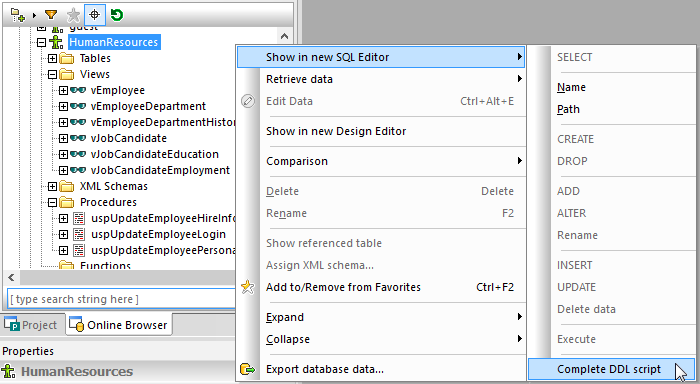 The generated DDL script is then immediately opened in a DatabaseSpy SQL Editor window where it can be reviewed, saved to a file, or edited with context-sensitive autocompletion.

Shown below, the new Find functionality is especially useful to review long SQL scripts, such as the generated DDL script from the example described above. 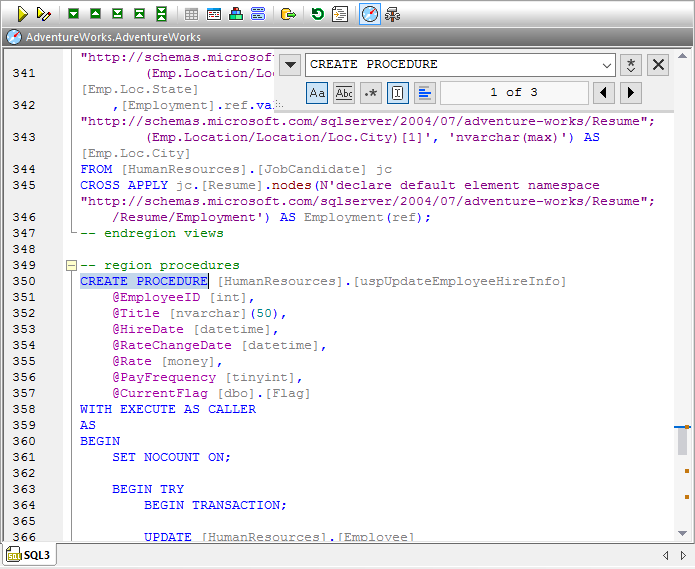 In the screenshot below, autocompletion offers the names of columns in the products table:

Autocompletion suggestions adjust based on the exact syntax and datatypes of the connected database type. Users working in a familiar database will find SQL Editor autocompletion improves productivity, and autocompletion is especially helpful for those working with an unfamiliar SQL dialect.

A colorful, eye-catching chart communicates information faster and more effectively than a table of numeric data. The already-powerful charting features of DatabaseSpy are further enhanced in Version 2017 Release 3: 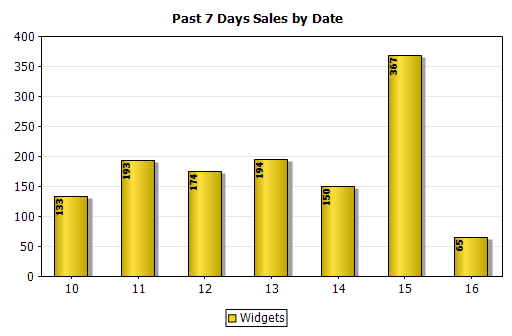 All the database tool functionality described here – and much more – is supported for the databases listed here. DatabaseSpy even lets users simultaneously open connections to multiple databases of different types and even compare structures and content between them.

Existing DatabaseSpy customers can update to the latest version to take advantage of all these new database tool features. You can also try any Altova product free for 30 days.