Altova products have supported JSON for several years. Now, Version 2017 Release 3 of MissionKit and Server products, and MobileTogether Version 3.2 all include support for JSON5 across the product line.

The JSON data format was originally designed to be machine-written and consumed, promoting efficient communication between servers. Usage has expanded and JSON5 is a proposed extension intended to make JSON code easier for humans to write and read.  JSON5 extends JSON by adding some ECMAScript 5 features and, like JSON, is a strict subset of JavaScript. Specifically, JSON5 permits inline and block comments, allows long strings to be split over several lines, and defines alternate legal syntax options for quotes and commas.  These features are not permitted in standard JSON, so files containing the proposed enhancements are typically identified with the .json5 filename suffix.

This post details specific support for JSON5 in each Altova product.

Support for JSON5 in XMLSpy

The screenshot below shows a JSON5 file open for editing in text view in XMLSpy with the Messages window indicating the JSON5 document is well-formed. 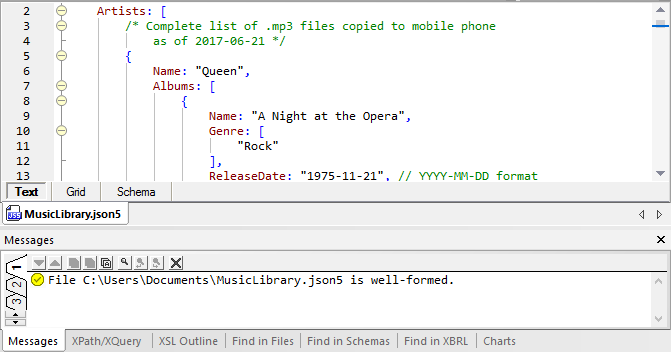 All the JSON functionality previously available in XMLSpy has been extended to support JSON5, including:

For a complete description of JSON support in XMLSpy, see our previous posts: The Only JSON Dev Tool You’ll Need, Why You Need a Graphical JSON Schema Editor, and Editing, Converting, and Generating JSON.

Now you can seamlessly apply all the features we wrote about in those posts to JSON5.

Support for JSON5 in MapForce

MapForce supports JSON5 files as either input or output components for data mapping. When you insert a JSON5 instance into a mapping design, MapForce presents the familiar dialog shown below, offering to create a JSON5 schema automatically:

The JSON5 document is then inserted into the design with all its elements available for mapping, as seen here: 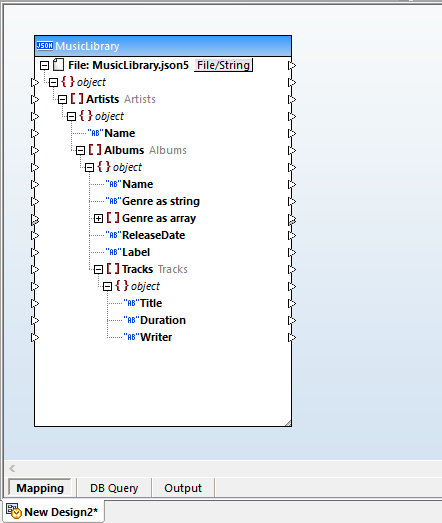 For a complete description of the JSON – and now JSON5 — data mapping functionality available in MapForce, check out our earlier post: JSON Data Mapping and Transformation with MapForce.

If you need to automate a high-volume of JSON5 data in a Windows, Linux, or Mac OS environment, JSON5 is also supported in FlowForce Server, with RaptorXML Server for high-performance validation and MapForce Server for data transformation.

Support for JSON5 in MobileTogether

JSON5 documents can be data sources for mobile apps created in MobileTogether. Developers can design apps that directly load or save JSON5 data with flexibility to combine an existing JSON5 data structure with other types of backend data, depending on the requirements at hand: 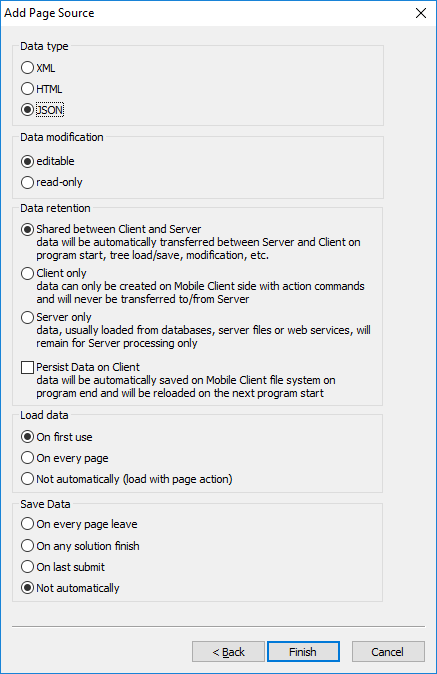 MobileTogether empowers mobile developers to combine JSON5 in the same app with other data types including XML and HTML from files or Web services, or information stored in relational databases.

Once a JSON5 file structure has been added as a data source, its nodes are fully expandable in the Page Sources window of the MobileTogether Designer: 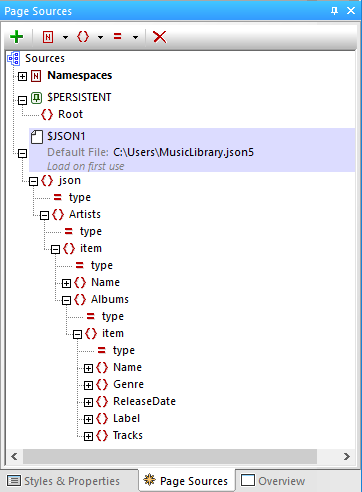 MobileTogether internally converts JSON5 for use with XPath and XQuery functions, allowing developers to manipulate JSON5 data inside a MobileTogether app.

For more information on all the new features in the latest version of MobileTogether, see our recent post titled New Features for Mobile App Development in MobileTogether

Support for JSON5 in DiffDog

Sometimes a user just needs to make a quick edit or compare a JSON5 file with an earlier version. DiffDog lets users edit, compare and merge JSON5 files on local drives, on a local network, and even files on remote FTP and HTTP servers (based on user privileges) to compare, merge, and synchronize data.

The DiffDog text file comparison view below highlights differences between JSON5 and standard JSON versions of the same data: 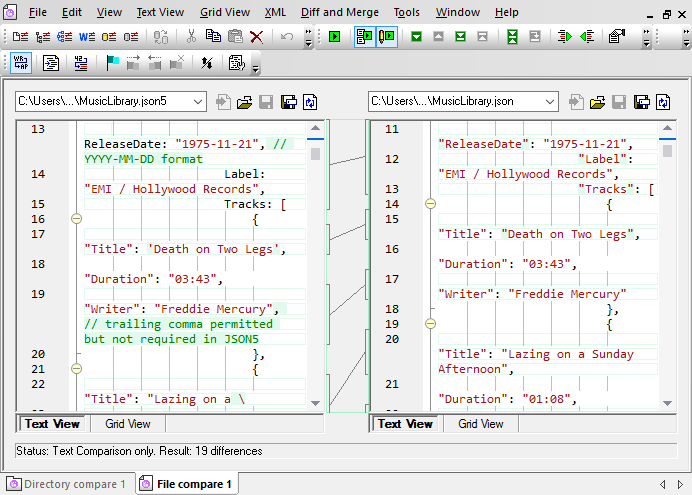 Wherever you need to create, consume, or transform JSON5 data, Altova tools will help you get the task completed fast and accurately.