It’s time for the latest release of Altova desktop developer tools and server software products, and this one introduces numerous innovative features across the product line, including a brand-new version of MapForce Server called MapForce Server Accelerator Edition for even faster processing of data integration jobs.

Let’s take a look at the highlights of Version 2017 Release 3.

Testing, debugging, and perfecting XSLT and XQuery code can be a time-consuming, often frustrating, process given the complexity and sheer size of the respective documents. The XMLSpy XSLT debugger and XQuery debugger are great tools for analyzing and perfecting transformations.

XSLT/XQuery back-mapping takes it a step further by allowing a developer to simply click on a portion of an output document to see the source XML node and XSLT or XQuery expression that created it. When working with XSLT back-mapping, you can even click on the output directly in Browser View as shown below. 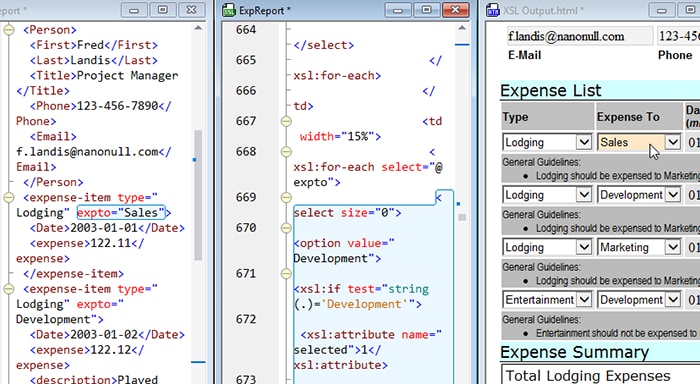 This new functionality is a huge step forward in XSLT and XQuery development, especially since XMLSpy achieves back-mapping without altering your code in any way. See how it works in this video.

Support for JSON across the product line has now been updated to include JSON5, the proposed extension to the spec that makes JSON code easier for humans to read and write. This means you can choose JSON or JSON5 for intelligent editing and conversion in XMLSpy, data mapping in MapForce, and high-speed validation on RaptorXML Server. 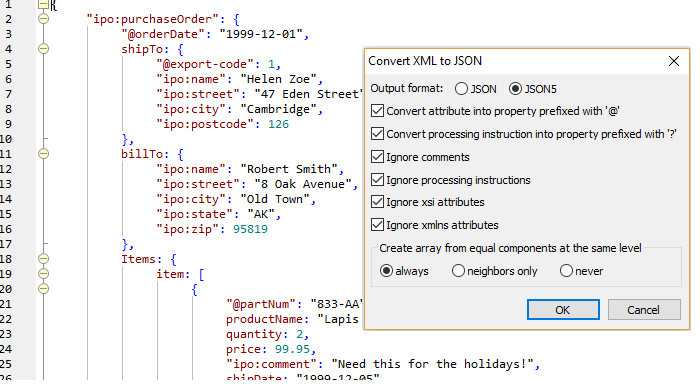 The new, modernized Find/Replace bar that was added to XMLSpy recently is now also available in StyleVision, MapForce, and DatabaseSpy. The Find bar additionally also now supports multi-line searches via regular expressions in all these products. 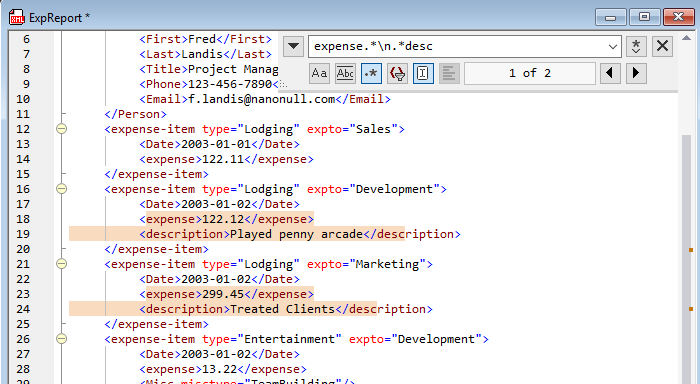 The new ‘join’ component in MapForce is like a SQL JOIN, so it’s intuitive to use and understand, but even more flexible, because it can join data trees of any format. For example, an XML structure can be joined with a CSV file. The Condition element at the bottom of the join window allows you to define how the files will be combined during mapping. 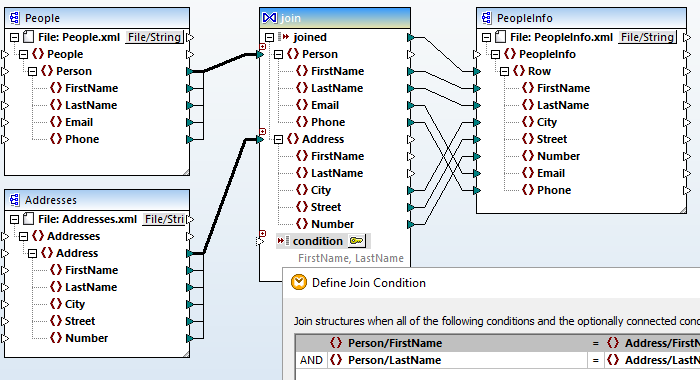 For mapping projects that involve relational databases, the join component produces SQL JOIN statements for fast mapping execution. When you automate mappings with MapForce Server, you can access additional optimizations for mappings that use ‘join’ with the new MapForce Server Accelerator Edition, as described below.

StyleVision, the visual report and electronic forms design tool, now offers the ability to convert an existing design to a MobileTogether design. This means you can take an existing StyleVision report or e-form and use it as a great starting point for creating a mobile app! 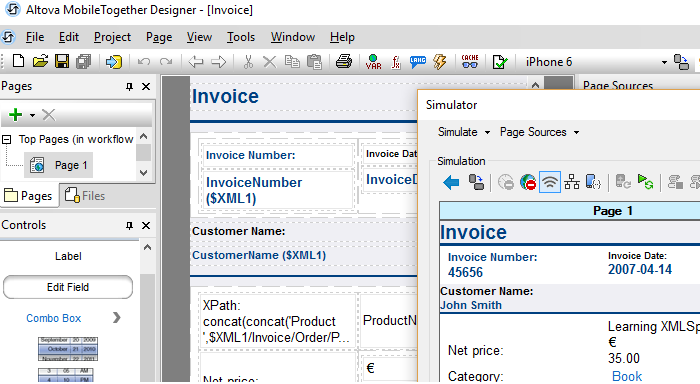 The MobileTogether Designer lets you change the design as necessary, and then deploy it as a native app that may be accessed on mobile devices and Windows 8/10 computers – as well as in any web browser.

This is especially useful for customers using StyleVision to design e-forms for Altova Authentic Browser Edition because it removes the need to use a browser plug-in as modern browsers discontinue plug-in support.

The charting engine in XMLSpy, StyleVision, DatabaseSpy, and RaptorXML Server received some enhancements that let users define charts with even more sophistication:

During tests, MapForce Server Accelerator Edition has been shown to execute mapping projects submitted by customers up to 70 times faster*!

Learn about all the new features added across the product line.

Existing customers can update to the latest version to take advantage of all these new features. You can also try any Altova product free for 30 days.

* Performance results based on Altova internal tests. Your results may vary.