C++ is one of the most powerful and efficient programming languages available, the de facto choice for high-performance computing, server applications, and complex architectures that demand the most powerful language constructs. The Unified Modeling Language™ (UML®) is the standard to design, visualize, and document models of software systems implemented in C++ and other source code languages.

Developers can get started with UML for C++ in UModel in several ways:

UModel includes a sample home banking project implemented for Java or C#, as a business process model, and even a SysML version. We transformed the C# version to target C++ and saved the result as a new project.

The bank project includes a hierarchy of classes for various bank account types, as seen in this class diagram from the transformed project:

A developer might be assigned to extend the banking application to support a brokerage account. We can easily add the new class directly to the existing diagram as shown below. (Some existing classes are collapsed simply to save space.) 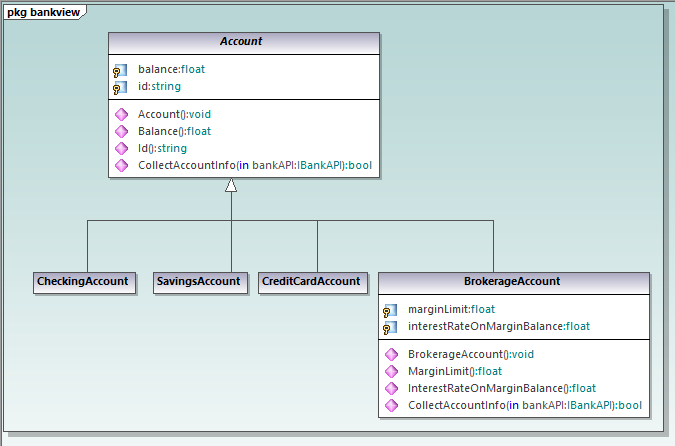 In the class diagrams above, UModel icons graphically indicate the visibility features of properties and operations that can be protected, public, or private. If you prefer, you may also apply traditional UML-styles characters: #, +, etc. 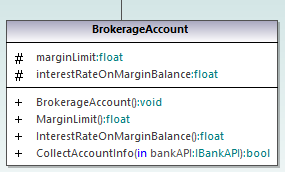 Our only remaining task is to assign a code file name in the properties window for the new BrokerageAccount class:

Code generation is initiated from the main Project menu, opening a dialog to set a few preferences. 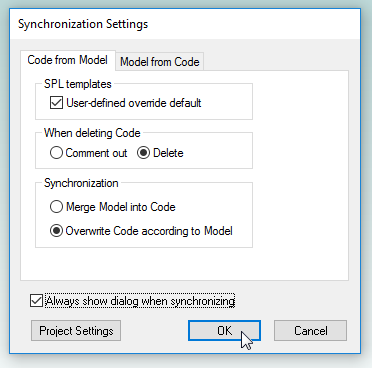 UModel can generate C++ code from UML diagrams compatible with versions C++ 98, C++ 11, or C++ 14, and create a project for Visual Studio versions 6.0 through Visual Studio 2017. The Message window will indicate successful code generation. Here is a partial view of the C++ source code for our new class: 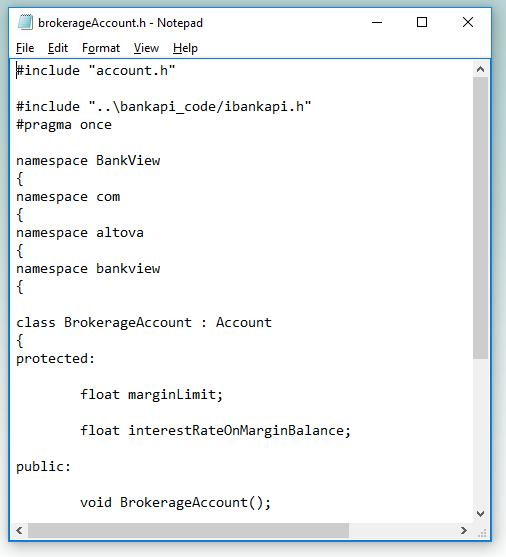 The UModel Help file includes detailed instructions to set up your own UML C++ project. Or, if you want to jump right into a more complex example, a UML model for a real-world heating/air conditioning state machine implemented for C++ is also included. 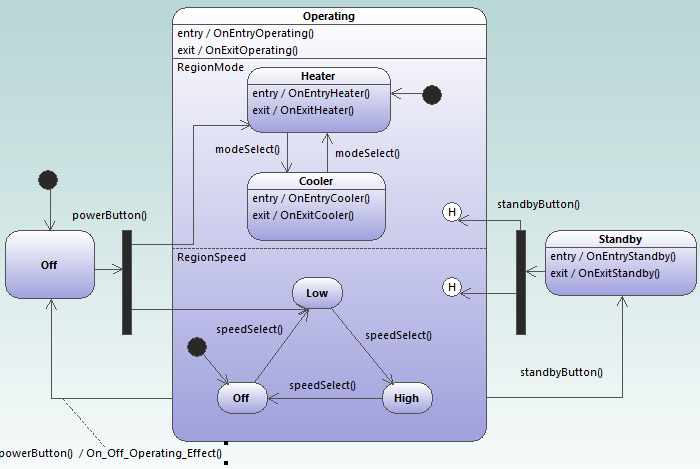 Download a free trial to jump start your own project in UML for C++!