We often think of a data integration project as a translation from one singular data input file to some other data set, but Altova MapForce lets you greatly expand the concept of an input file. For instance, the MergeMultipleFiles.mfd example installed with MapForce illustrates how you can use a filename with wildcard characters to merge multiple input files into a single output.

A MapForce mapping input doesn’t even need to be a physical file – it can be a URL that returns predictable structured data, like the APIs for popular Web sites like Groupon and many others.

In this blog post we’ll describe how to use Altova tools to retrieve, filter, analyze, and present data available from a Web-based API, using Groupon as an example. If you want to follow along yourself, you will first need to visit http://www.groupon.com/pages/api to request your personal Groupon API client key. The Problem: All Deals Are Local The Groupon Web site and email subscriptions are great for finding deals in your local neighborhood, but what if you’re looking for a deal to use on an upcoming vacation, or for a gift for friends or family across the country? Sure, you could enter each location manually at the Groupon Web page, but that’s so last century. Let’s use the Altova MissionKit to automate things. The Groupon API offers two URL queries that return data in .json or .xml formats: the first returns a list of all Groupon localities (called divisions), and the second returns current deals information for one named division. If we want to see all the deals for more than one division, we need to resolve multiple URLs and aggregate the data into a single result. Yes, MapForce can do that! First We Need a Schema The Groupon API documentation describes the elements that will be returned by our requests, but doesn’t provide an XML Schema. That’s okay, we can use MapForce to generate one. All we have to do is open a new mapping design and choose Insert XML Schema/File, then click the Switch to URL button. Now we can enter the URL to retrieve the Groupon divisions list: 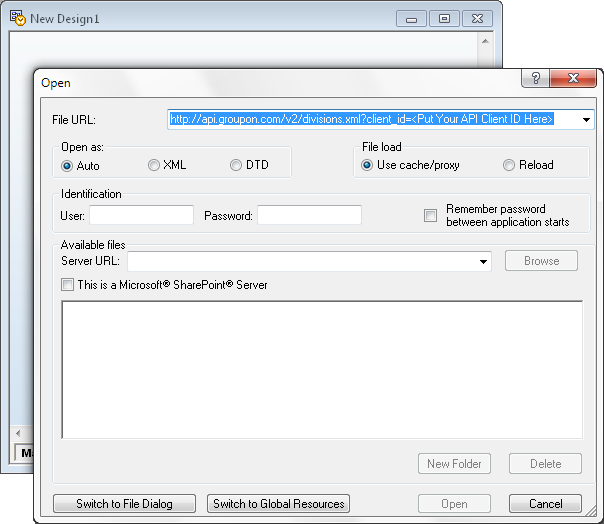 When we click the Open button MapForce offers to generate the schema:

When we click Yes, the File / Save dialog opens. I saved the schema as divisions.xsd, and the mapping with the new XML Schema inserted looks like this: 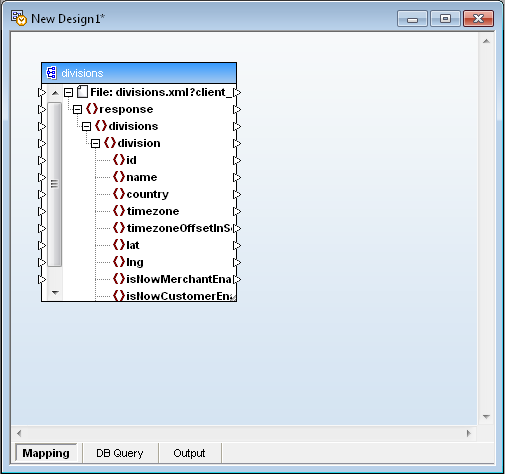 And the Properties dialog for the XML Schema component automatically contains the API /divisions URL as the Input XML File:

Check the Work We want to filter the Groupon divisions data to build a list of id names to use for deal queries for each locality. But before we go any further, now might be a good time to apply the text file trick from the Quick Solution for Complicated Functions blog post to look at the id values. When we insert the text file and connect the divisions and id schema elements, the mapping looks like this: 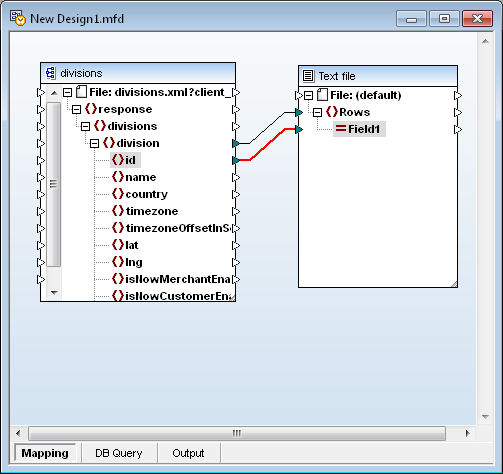 We connected the division element to Rows in the text file in order to generate a new row in the text file for each unique division, so that Field1 in each row will hold the id. Clicking the Output button now generates this result: 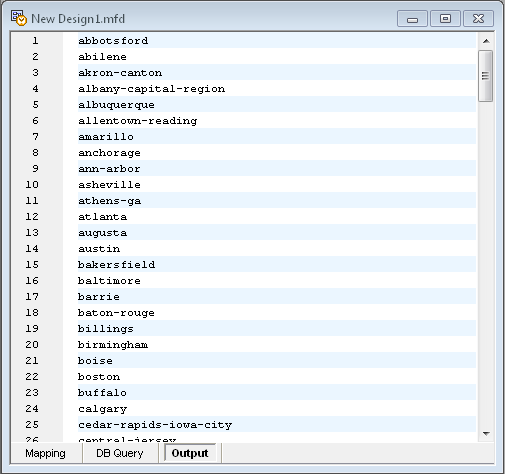 All we need to do is apply the concat string function to build the list of /deal URLs for all division IDs. The next step in the mapping looks like this: 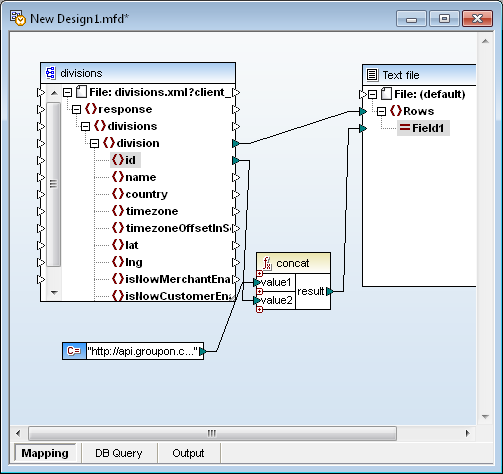 Rolling the cursor over the constant connected to value1 of the concat function displays its full definition:

When we click the Output button to execute the mapping, the Output file now looks like this:

As a further review, we can open the generated XML Schema in XMLSpy and display it in graphical Schema View: 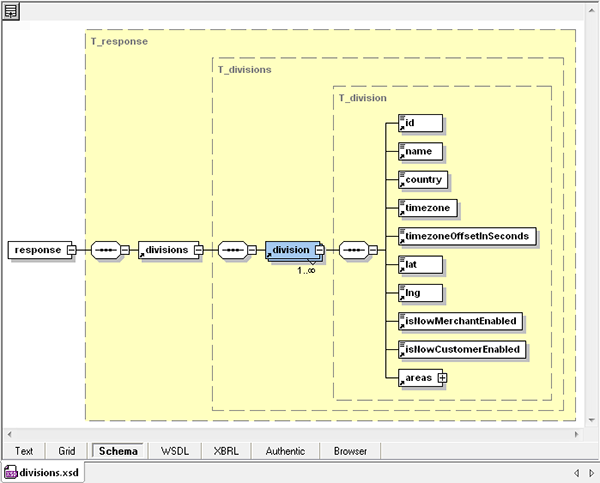 So far we have:

UML Class Diagrams in Altova UModel The PXF File as the Software Equivalent of Plug and Play – A Database Editing...