We are very excited to announce general availability of the Altova MissionKit 2009 suite of XML, database, and UML tools. Version 2009 delivers numerous new features across the tools included in the MissionKit, including comprehensive support for working with XBRL, native support for new databases and database differencing, UML sequence diagram generation, and much more. A few details are below, with complete information and screenshots available on the Altova What’s New page. Coinciding with this major release, we have decided to pass savings realized due to the currently favorable US$/EUR exchange rate directly to our customers by reducing US$ prices across the entire Version 2009 product line. 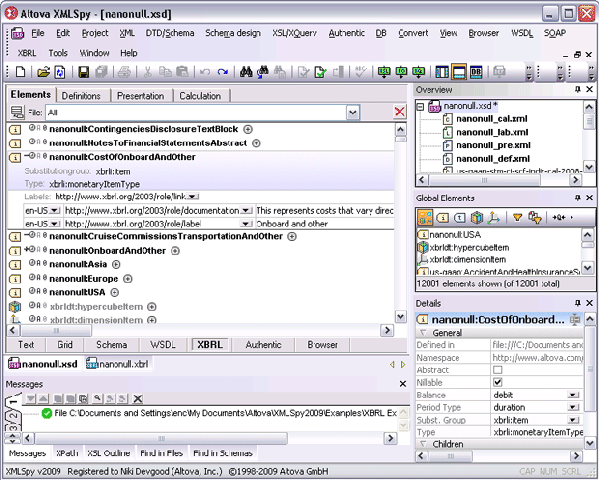 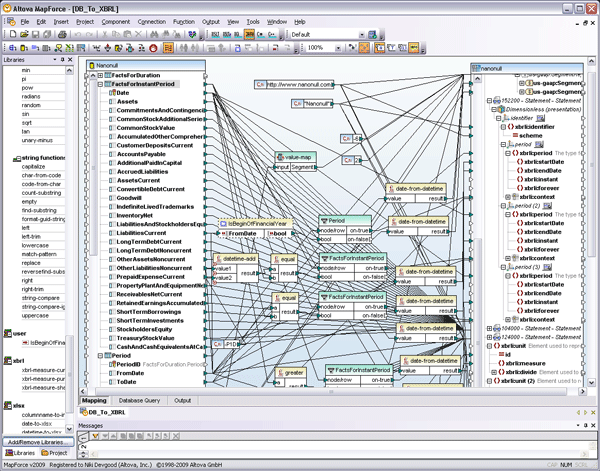 Native support for additional databases has been added to all database-enabled Altova MissionKit tools, including XMLSpy 2009, MapForce 2009, DatabaseSpy 2009, StyleVision 2009, and DiffDog 2009. Current support for SQL Server® and Oracle® databases is now extended to include the most recent versions – SQL Server 2008 and Oracle 11g. New support for the PostgreSQL 8 database is also now available. In addition, both DatabaseSpy 2009 and DiffDog 2009 now allow you to compare and merge database content. Individual database tables or multiple tables within a schema can be compared, whether they are the same database type or completely different databases. Results of the content comparisons are displayed in tables, and differences can be merged bi-directionally. This new database comparison functionality allows users to easily backup, copy, or merge data quickly and easily. 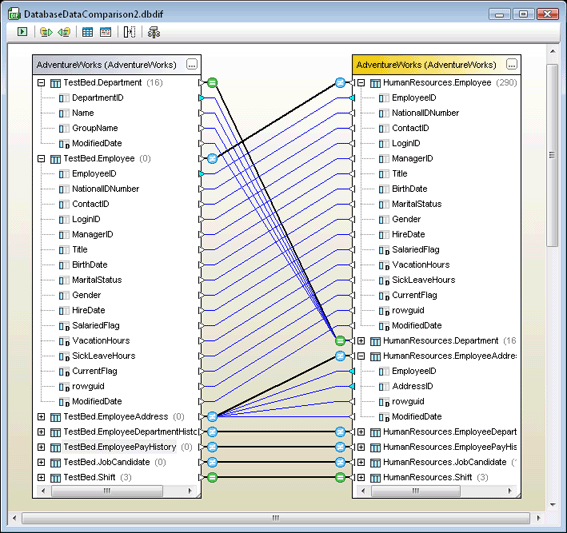 MissionKit users working with UML will be especially interested in this new functionality in UModel 2009. Sequence diagram generation greatly assists developers who need to reverse engineer existing applications written in Java, C#, or Visual Basic. After importing an existing project, directory, or file into a UModel 2009 project, you can now select any operation in any class, and automatically generate a sequence diagram that illustrates the lifecycle of the operation, as well as objects that interact with it. Like all other project diagrams in UModel, sequence diagrams are stored as part of the UModel project file and can be included in generated UModel project documentation.   Check out the full list of features added in Version 2009, and be sure to check back here frequently, as we’ll be blogging about more new features each week. As always, you can download a free trial of the Altova MissionKit to test out this new functionality for yourself.