Coming a short five months after MobileTogether 2.2, version 3.0 ships with an impressive array of new functionality, from developer-requested features such as barcode scanning and automated testing support, to flexibility improvements in the form of multi-level stylesheets and print-to-file functionality, all of which are sure to set your apps apart from the crowd.

Let’s take a look at the new features in detail.

Version 3.0 of MobileTogether adds the following:

Support for scanning barcodes is now available when developing apps in MobileTogether. This action will be immediately familiar to end users, who can now use the camera function of their mobile device to scan a barcode and retrieve the information stored therein.

Below you can see how to configure barcode use as an action in an app, and an example of an app scanning an ISBN (which uses the EAN-13 format) barcode. 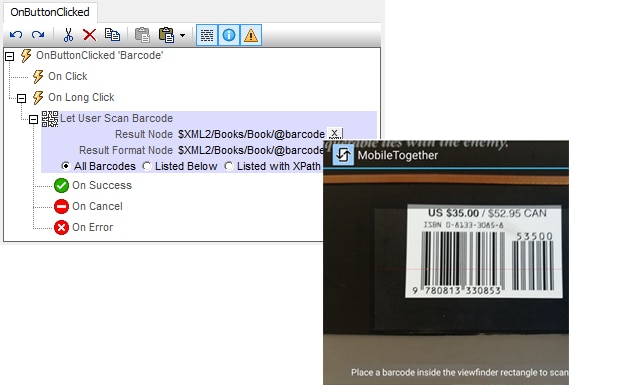 Barcode support makes MobileTogether apps even more useful in a variety of industries and vertical markets.

For the ultimate flexibility in UI design, you can now define and assign styles either project wide or individually: per page, per table, or per control. Developers simply define styles using the Style Sheets dialog, and then can assign them with one click, as needed. As you can see below, the dialog supports project styles, which are applied everywhere, and custom styles that can be assigned on a granular basis for the various elements and controls in the app UI. 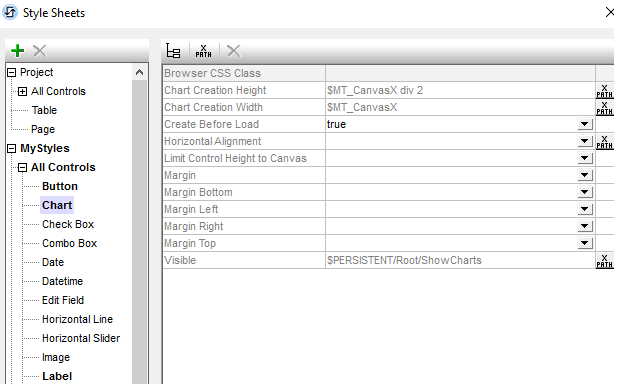 Styles – and the application of styles – can be defined with static values or calculated via XPath.

Creating a one-stop style repository not only saves a tremendous amount of time, but it also makes it much easier to control the appearance of apps across all platforms. For instance, if you need to make all app buttons look the same across iOS, Android, and Windows (i.e., instead of using the native button-looks), you can now define that once per project (or at any granular level, as required).

MobileTogether 3.0 includes features that greatly enhance the ability to test and debug mobile apps. In the Simulator portion of MobileTogether Designer, it is now possible to record a sequence of user actions, save the sequence in a file, and replay saved user action sets later when the app is modified. However, unlike other products, actions may be replayed either in the Simulator window itself, or on a client device that is connected to the Designer for a trial run!

You can save entire suites of test scripts to validate apps as they evolve over time, which allows you to:

The Manage Test Cases and Runs dialog shown below  lets you manage libraries of test cases for each app, control playback speed, and collect snapshots of client views and page sources after each step. 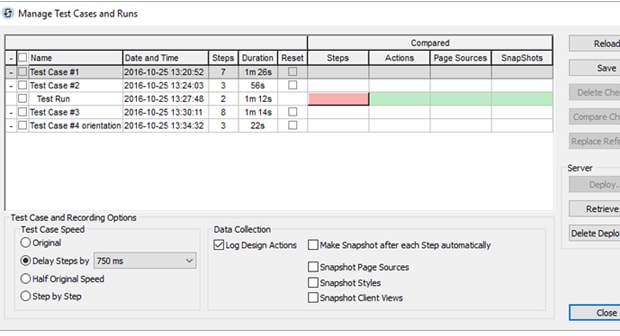 Full-blown support for automated testing in MobileTogether makes it possible to deploy apps to end-users on multiple mobile platforms much more rapidly than other mobile development tools.

It’s now possible to generate reports or documents – straight from a mobile app.

Once a document is generated, it will be saved on the client for further processing. For instance, a PDF file could be emailed as a file attachment. The screenshot below shows the Actions dialog for configuring the print-to-file functionality and a page from an app using the feature. 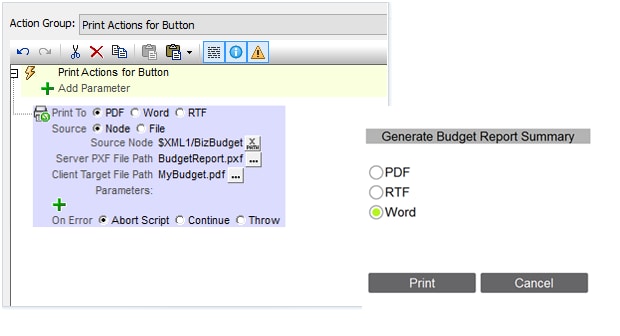 The ability to print to documents in predefined, standardized formats greatly enhances potential applications for MobileTogether in enterprise environments.

Now app developers can give end users the ability to open files such as PDFs, image files, text files, etc., that are stored on the client device. The file path can be defined in the app design directly or via XPath. Or, you can let the end-user select the file on his/her device, for instance, in a Windows 8 or 10 app. An optional file extension filter lets you specify the types of files that are allowed to be opened.

Version 3.0 includes a significant speed increase for Windows apps built in MobileTogether. Page rendering speeds on Windows Phone and Windows 8 & 10 are now up to 5 times* faster.

In addition to native apps for iOS, Android, Windows Phone, and Windows 8 & 10, MobileTogether includes an HTML5 browser-based client for devices running any other operating system, such as Blackberrys or non-Windows 8/10 laptops.

For Version 3.0, we have completely re-written the MobileTogether browser client to deliver better performance. The new version transfers significantly less data between server and browser, which reduces data traffic, and apps running in the browser are generally smoother and faster.

Internal tests, especially via the 3G network, result in page rendering speeds up to 10 times* faster.

Learn More and Get Version 3.0

Get all the details and upgrade to MobileTogether 3.0. It’s free for current customers. For new customers, MobileTogether Designer is always free-to-use, so you can get started building your first app right away.