Altova Software Version 2019 introduces over 20 new features to help you sharpen your development game – starting with support for high-res monitors in both XMLSpy and UModel. There are also tools for working with new standards and database versions across the product line, the ability to map and convert data in Google Protocol Buffers format, and much more. Let’s take a look at the highlights.

As more and more developers transition to 4K, UHD, and Retina displays, we’re working on revamping our UIs to be vivid and sharp on high-PPI screens of all sizes. Because XMLSpy and UModel are known for their graphical views, we’re rolling out support here first.

Both XMLSpy and UModel now take full advantage of the benefits of high-res screens and monitors to render graphics with more precision and detail, so the UIs of these products are now beautifully sharp on high-res monitors. The change will be most apparent in the graphical XML Schema, JSON Schema, XBRL, and WSDL editors in XMLSpy and in UML diagrams in UModel. 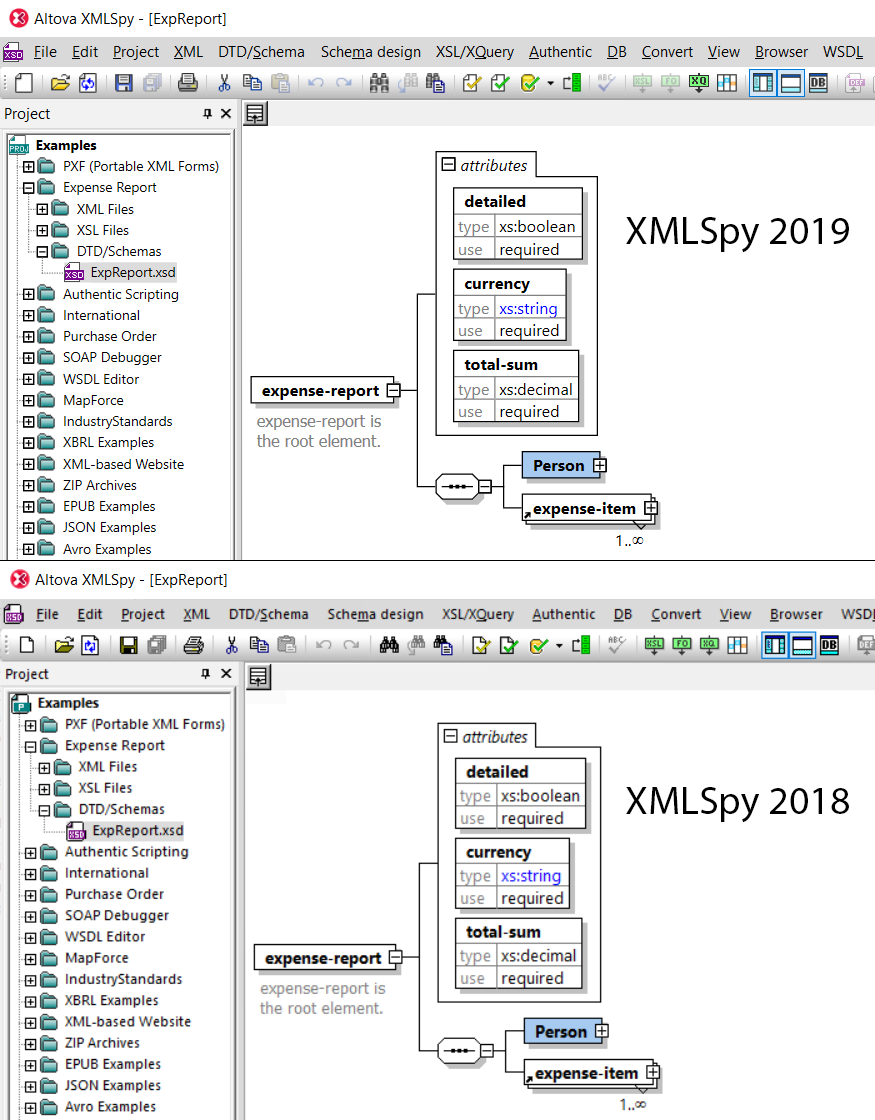 Mapping of Data in Protocol Buffers

The list of formats supported by MapForce for drag-and-drop data mapping is growing again, this time with the addition of Google Protocol Buffers, as requested by numerous customers.

Protocol buffers is a language- and platform-neutral mechanism for serializing structured data. The method generally involves an interface description language that describes the structure of some data and a program that generates source code from that description for generating or parsing a stream of bytes that represents the structured data – but MapForce lets you work with Protocol Buffers visually, without needing to write code.

MapForce can now map data to or from binary instances encoded in Protocol Buffers format to any other format, including XML, relational databases, JSON, CSV, and more, visually, using drag and drop connections. 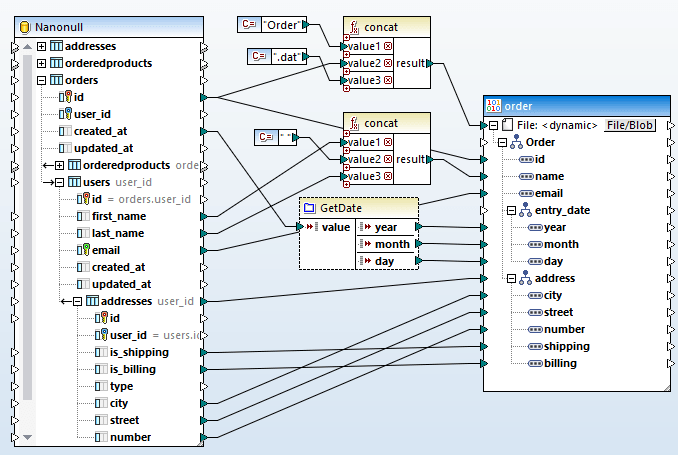 This makes converting Protocol Buffers to and from other formats easier than ever.

Read about all the new features in MapForce, including advanced filters for defining node functions that apply to multiple nodes at once.

All database-enabled Altova MissionKit products and server software products support numerous versions of the most popular relational databases. In this latest release, that support is updated to include the most recent versions of several of those, specifically: 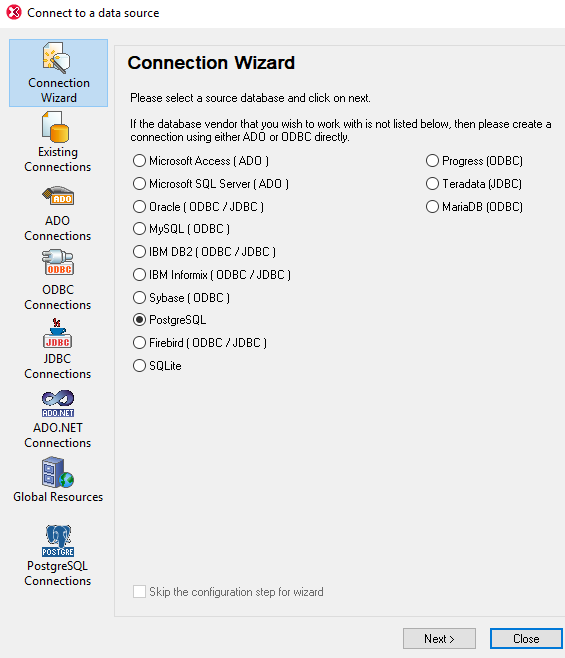 Support for connecting to SQL Server running on Linux has also been added.

We add additional XBRL support with every release, and this time XMLSpy and RaptorXML Server have received three important updates: 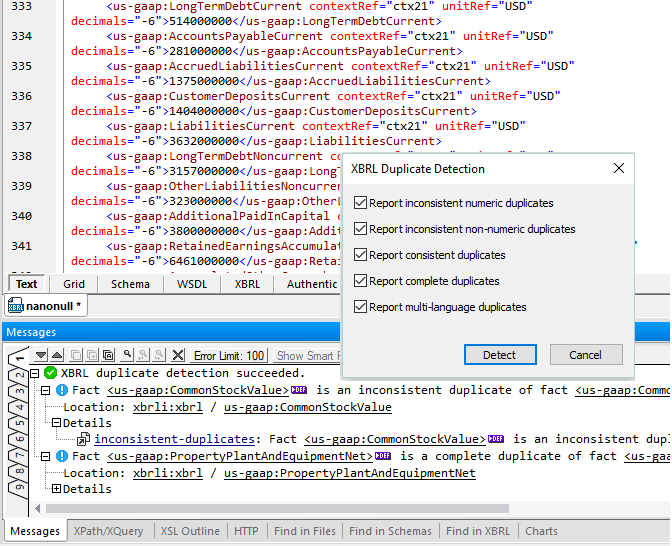 Starting with Version 2019, XMLSpy can check XBRL instances for various types of duplicate facts and report them for analysis. Both XMLSpy and RaptorXML can optionally ignore duplicates during processing.

A typed domain is the element declaration that is referenced by a typed dimension.

The Details entry helper in the XMLSpy XBRL Taxonomy Editor includes a new Typed Domain tab that displays additional information about any typed domain referenced by a typed dimension definition.

For use in mission-critical scenarios, FlowForce Server, Altova’s customizable workflow engine, offers the option to distribute jobs among multiple servers.

Administrators can configure a primary server and multiple secondary servers, offering excellent scalability with a group of computers sharing heavy data processing jobs. At the same time, this allows for high-availability: if one of the secondary computers stops functioning, the system will continue to process FlowForce jobs.

Of course, for load sharing the corresponding Altova server software (e.g., MapForce Server, RaptorXML Server,  etc.) must be installed on the primary and all secondary servers in the system.

Read more about all the features added to each product in this latest release.

Existing customers can update to version 2019 of their Altova products, all of which are also available for a free, 30-day trial.

Images, Icons, and Tool Buttons in Mobile AppsImplementing Basic Filtering in Your App